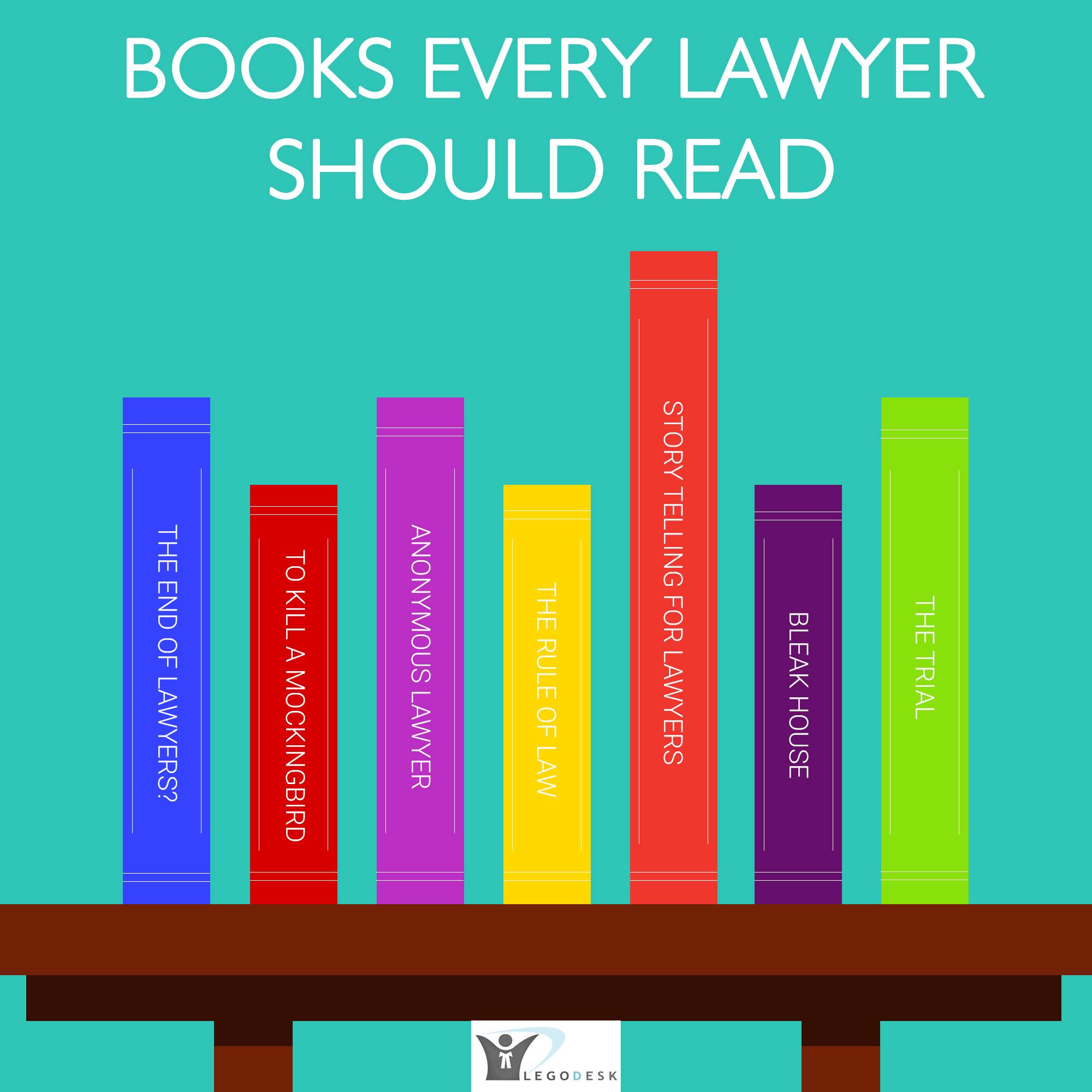 “Literature always anticipates life. It doesn’t copy it but moulds it to its purpose.”

Law professors have from time immemorial been using literature to narrate the stories of law. Novels, memoirs, short stories, essays, articles etc. are used by students and professors together to dissect situations that are generally not discussed in the traditional legal scenario.

Here are some Law books which every law students and lawyer should read by heart:

1. THE END OF LAWYERS? – Richard Susskind

An insightful analysis of the ways in which emerging technologies are transforming the landscape of the legal profession. As the world becomes more connected, and information shared more easily, there is increasingly more pressure to reassess the way legal services are provided and to make them more efficient and less costly. Susskind brilliantly argues that the current market can no longer bear the weight of expensive attorneys billing for tasks that a paralegal can and should perform at much lower rates and that this will lead to the obsolescence of traditional Lawyers who fulfills these roles today. Furthermore, the author provides a variety of tools and tips to assist lawyers in planning for the future.

Automate your practice with our legal practice management software – Sign Up Now!

2. TO KILL A MOCKINGBIRD – Harper Lee

While it is common knowledge that lawyers are considered by some to be selfish, cagey, and of questionable integrity, this novel contrasts this image with one of a lawyer, Atticus Finch, whose integrity is unwavering. This novel is written in “tactile brilliance” which was remarked as a southern romantic regionalism as well as “the spirit-corroding shame of the civilized white Southerner in the treatment of the Negro”. The Mockingbird is the symbol of innocence in the novel. “Shoot all the blue jays you want, if you can hit ’em, but remember it’s a sin to kill a mockingbird” is in itself an allegory for this message.

Anonymous Lawyer recounts the experiences of a dynamic lawyer who endeavors to become chairman of his firm. His lust for power has no boundaries and there is no price we won’t pay to achieve his goals. However, there are several obstacles that he must overcome on his way to ultimate success, including a bitter rival and a wife who spends his money as fast as he earns it. Not only is this book is easy to read and entertaining, but it also comes across as a rare glimpse of the inner workings of some of the biggest law firms in the nation.

This slim volume has rapidly become the book Guardian-reading lawyers are most likely to recommend to anyone interested in the profession. In summary, it is ‘that all persons and authorities within the state, whether public or private, should be bound by and entitled to the benefit of laws publicly made, taking effect in the future and publicly administered in the courts.

To many, Bleak House is Dickens’s greatest novel; it is surely one of the writer’s most compelling and entertaining. It deals with the themes of loss, law, social class, secrecy, and inheritance, as well as, the effect the process of law has on clients and their businesses. Although throughout law books the legal cases it deals with seem like mere backdrops to the central plot, all of the main characters are connected to these cases in one way or another and suffer tragically as a result.

Law books deal with Kafka’s vision of law. Law is expected to be fair and just. And if it is not, it is expected that we work in unison to overturn and rectify that law. But Kafka’s vision is: Law is abstract. Law talks about equality and justice. But does a country exist where this concept is absolutely followed? Kafka’s views throughout this novel make it allegory as it does not point towards a specific law, but THE LAW in general. The novel also shows the corruption and lust of the judges in Courts.

The Best TV shows That Every Law Student Should Watch

Sometimes, good attorneys make good raconteurs, and this law book explains how the best attorneys can transform a simple set of factual circumstances into a fascinating and believable narrative that has the ability to capture the heart and the minds of everyone in the courtroom. This book provides a new perspective on the role of evidence in the courtroom. The simple yet elegant manner in which Philip Meyer illustrates this anecdotal structure makes it a must-read for anyone associated with the law.

Read Also – What book should an aspiring law student read?

by Vinita • 4 years ago
booklawlawyerlegal rights