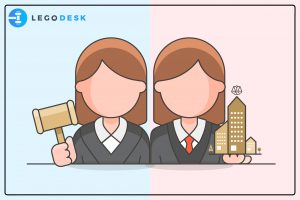 Judiciary, the third and most important pillar holding the Indian democracy, is unique with its intricacies and may appear complex to an outsider with no knowledge on it. Such an instance occurs when talking about judges and magistrates.

Unlike the popular belief, the term “Judge” and “Magistrate” differ from each other in more than one aspect. Let’s get into them one by one.

The etymology of the word “Judge” lies in the French word ‘Juger’ meaning to have an opinion on something. Judges are people who hold a legal degree and have worked as lawyers during their initial career years. They administer court proceedings and are authorized to pass judgement on cases after considering the facts and evidence presented before them.

Depending on the office they hold, their jurisdiction, power, tenure, and functions vary. At times, there is a panel of judges to proceed over certain major cases. Recently, a Supreme Court Bench was assigned with the crucial task of ruling over the curative petition filed by 2012 Delhi Gang Rape convicts.

On the other hand, magistrates are administrative officials who take decisions on minor legal cases such as those associated with petty theft and traffic violations. They have limited legal enforcement powers and mostly take care of trivial cases in a particular area like a town or district.

Magistrates can be further categorized as,

In countries such as the US, judges appoint the magistrates under their jurisdiction. Notably, the term “Magistrate” is derived from the word “magister” meaning “administrator”. Magistrates of any level do not hold the power to sentence a convict into life imprisonment or the death sentence. 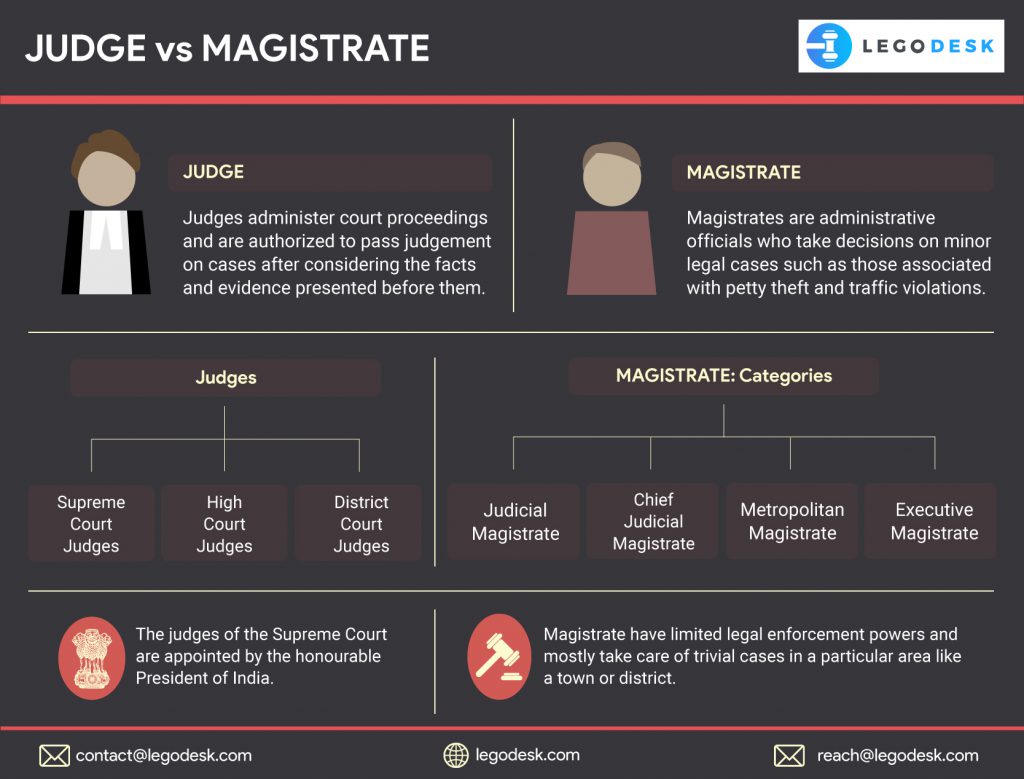 In unpopular opinion, a judicial officer who hears to civil cases (disputes between individuals or organizations) is known as a Judge. Whereas, a judicial officer presiding over criminal cases (cases harmful to the society and considered as against the jurisdiction or state) is termed as a Magistrate.

PUT THIS DATA IN AN INTERACTIVE TABLE FORMAT:

The magistrates also enjoy a few of these benefits such as that on housing, medical coverage, electricity, and telephone bills.

Even though the roles, salaries, and perks of a judge and a magistrate may appear similar, they are very different at a fundamental level. The judiciary system of India, although intricate, makes sure justice prevails across the society and is easily accessible to the denizens through its legislative and executive wings.

What Can You Expect from a G. Schulz & Associates – Edmonton Injury Lawyer If You Meet with an Accident?