WHAT ARE ARTICLES OF ASSOCIATION

Articles of Association (AOA) is the Company’s essential Rule Book which contains the set of guidelines and regulations necessary for every Company to function. The document is set to define the Company’s purpose as an organization and the tasks it is supposed to accomplish internally; ie. handling official financial records; handling company meetings along with defining the role and the powers of the Directors of the Company. The Articles also manage and maintain the rights of the shareholders as well as their relationship with the Directors. Companies who need mandatory Articles of Association are Unlimited Companies, Companies Limited by Guarantee and Private Companies Limited by Shares. 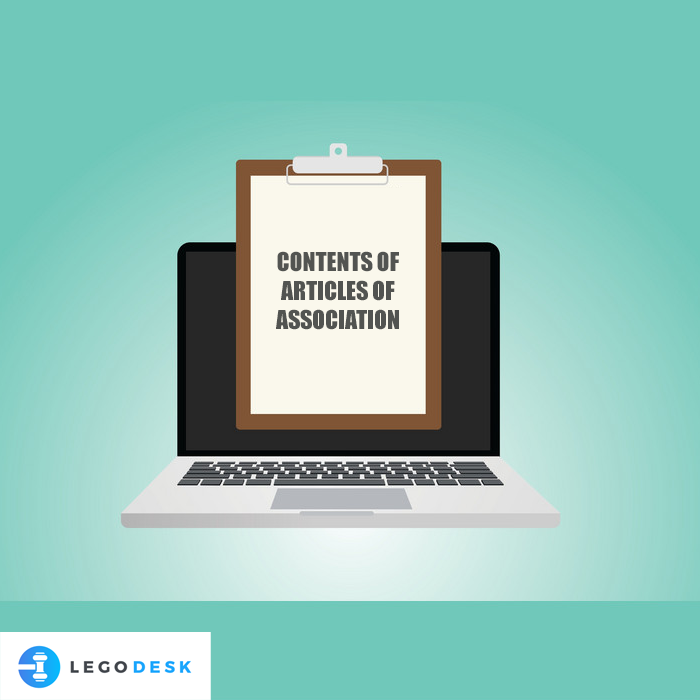 CONTENTS OF ARTICLES OF ASSOCIATION

It is important to pay extra attention to the Contents of the Articles of Association (AOA) at the initial phase since they are important for the ability of the Company to make profits and keep their shareholders satisfied. It is also important to make sure that they are as per the Company's interests because amending the Articles later require a two-thirds majority of the votes at the general meeting of shareholders.

The following are the contents that a Company's Articles of Association (AOA) usually possesses:

The provisions in AOA will define the guidelines subjected to the Auditing of the accounting of the Company.

The AOA streamlines the sub-division of the Share capital of the Company including the rights of the Shareholders and the relationship of these rights with other elements of the Company. The shareholders have to pay the whole or part of the remaining unpaid amount on each share purchased on the Company's demand; i.e Call on Shares.

The Company is eligible to retain the Shares of any member of the Company in case they fail to pay the debt to the Company. The member will not be allowed to transfer their shares unless they pay their debt.

TRANSFER AND TRANSMISSION OF SHARES

The AOA defines the procedure during the process of transfer of shares between the transferee and the shareholders. Transmission of shares comes into effect with death, insolvency, marriage, succession, etc. It is also a part of AOA despite being involuntary.

FORFEITURE AND SURRENDER OF SHARES

The AOA provides for the rules of forfeiture of shares if the member is not able to meet the purchase payments like paying call money or any allotment on the Shares. Shareholders may choose to surrender or voluntary return their shares to the Company pertaining to the guidelines of the AOA.

CONVERSION OF SHARES IN STOCK

The Company can pass an ordinary resolution in a General Meeting to convert their shares into stock. The management of the decision and resolution passed should be in accordance with the AOA.

Public Limited Companies are eligible to issue a share warrant staying within the provisions mentioned in AOA. A share warrant is a bearer document which is related to the title of shares issued by the Company.

Similar to the conversion of Shares into Stock, AOA provides the rules of the procedure to alter capital as per the Company's interests. The Company can decide to increase, decrease or rearrange the Capital.

The AOA notes down the specific Company matters which calls for voting by members as well as the procedure of voting whether by a poll or through proxies.

The AOA also provides the distribution of dividends among the Shareholders of the Company.

Winding up of the Company means the liquidation of all the assets of the Company to pay its debt. The remaining monies left after the payment of all debt and expenses are distributed among the shareholders of the Company. The AOA also provides the provisions and procedure related to the Winding Up of the Company and has to proceed in accordance with the AOA. 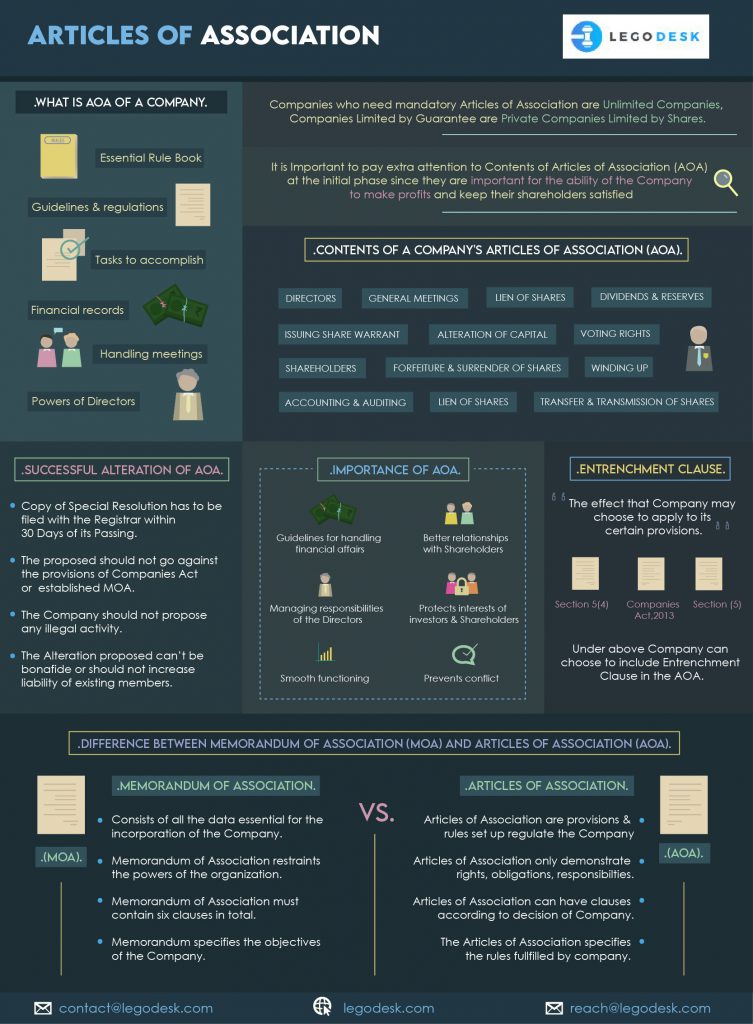 SPECIAL RESOLUTION AND IT'S PROVISIONS

A Company can alter its Association of Articles if the need arises. The Company has to pass a Special Resolution (a 2/3rd majority of members present in the General Meeting) in order to alter its provisions. It is also important to remember that the Court does not have the power to alter the AOA. These are the specific guidelines that a company has to adhere to achieve a successful alteration:

The Company can choose to include Entrenchment Provisions in their Articles of Association under Section 5(3) Of Companies Act, 2013.  An Entrenchment Clause refers to the effect that a Company may choose to apply to its certain provisions. These provisions, then, can be altered only after meeting specified conditions that are more restrictive than the normal passing of a 2/3rd majority special resolution. The Entrenchment Clause renders the provision difficult or impossible to alter.

Under Section 5(4) and Section (5), Companies Act,2013, the Company can choose to include the Entrenchment Clause in the AOA during the incorporation of the Company, or through an amendment to the AOA of the Company later. 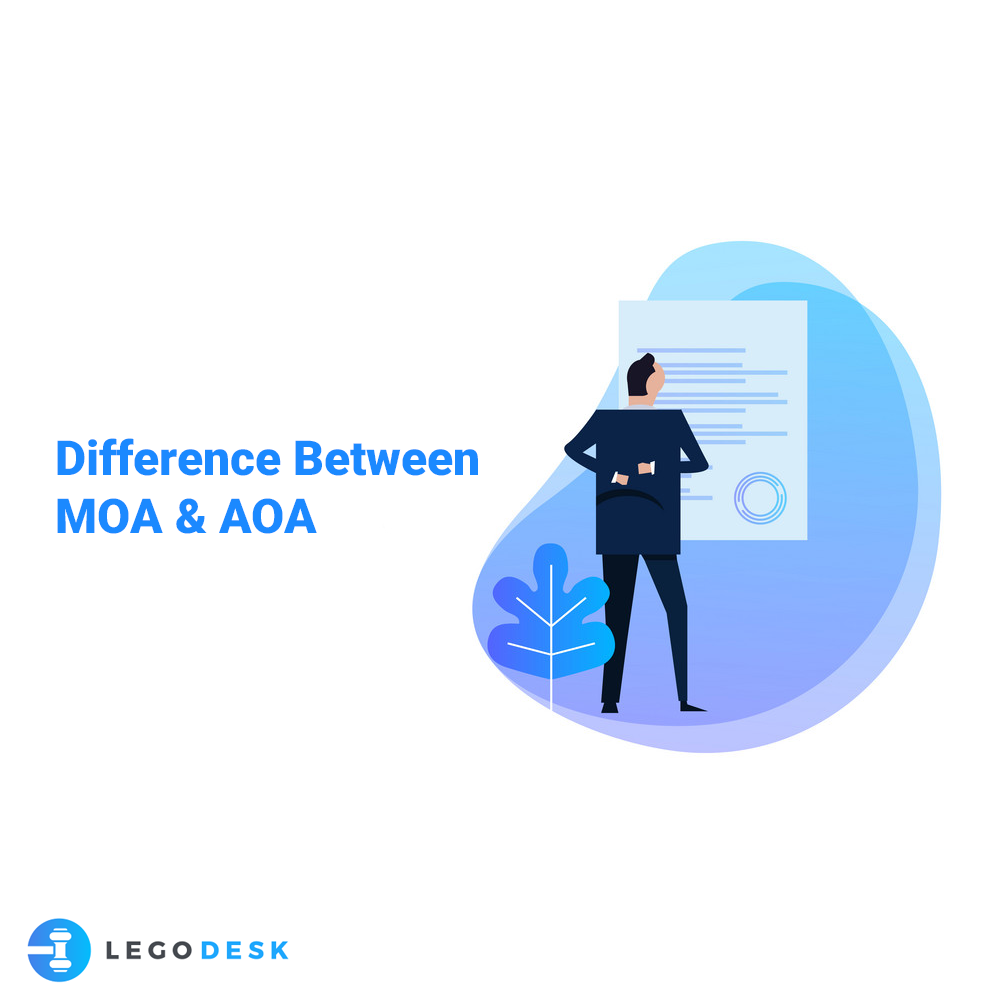 The Memorandum of Association must contain six clauses in total but the Articles of Association can have clauses according to the decision of the Company, given it does not go against the Companies Act, 2013.

IMPORTANCE OF THE ARTICLES OF ASSOCIATION

The Articles of Association is one of the most important documents in the organization.

The importance of the AOA rests in the important guidelines it provides for handling financial affairs of the Company, managing the powers and responsibilities of the Directors and their relationship with the Shareholders of the Company.

Rectification Deed – All You Need to Know

Article 47 of the Indian Constitution

Relationship Between Law and Liberty