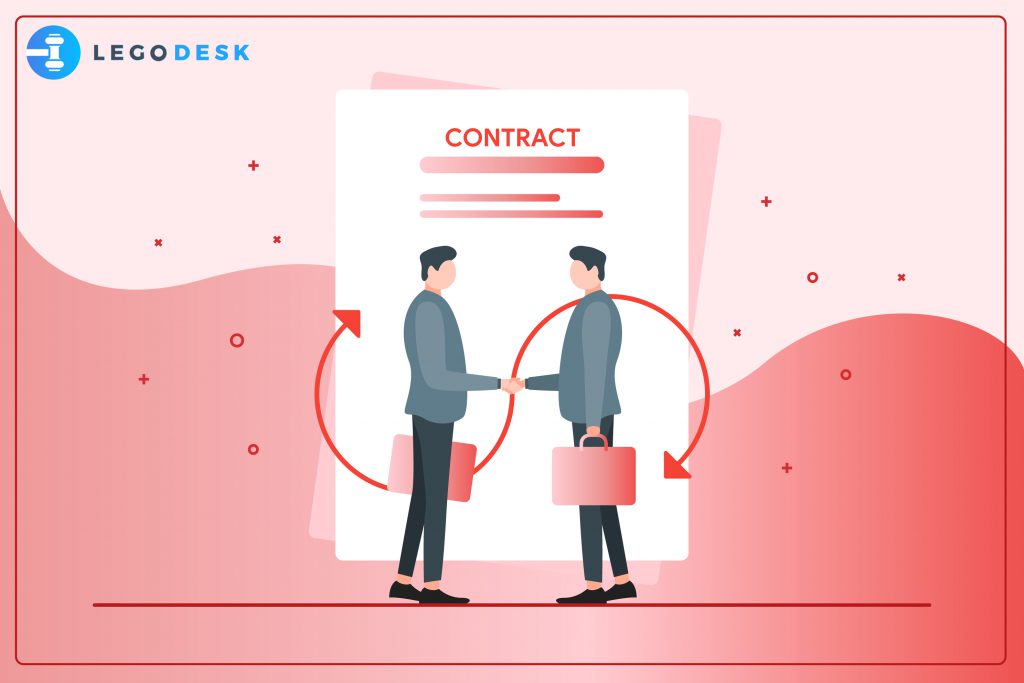 A bilateral contract is a contract formed between two parties in exchange promises to perform something. Sales agreements between buyer and seller are the most popular types of bilateral contracts. Additionally, it is one of the two types of executory contracts recognized by the Indian judiciary.

An executory contract is one which is one in which one or both parties are still to perform their obligations.

It is a legally binding contract formed by the exchange of reciprocal promises. This is a 2-sided contract and so the obligation on behalf of both the parties will be outstanding. Furthermore, this contract is also known as reciprocal contracts because a mutual obligation is essential for its enforceability.

In case of a bilateral contract, an offer is made and the acceptance is in the form of a counter-promise.

In order for a Bilateral Contract to be Legally Binding, it should contain certain major elements.

They include the following:

An offer is a written or verbal promise is to do or abstain from doing something in exchange for a set of agreed-upon terms.

Acceptance of an offer refers to assent to the terms specified in the offer. It can be written or verbal. The acceptance must be communicated to the offeror except in cases where silence implies acceptance.

In order for a contract to be legally binding, the parties involved must have an intention to create legal relations. Further, they must be aware that signing a Bilateral contract would mean that it will establish a legal relationship between them.

Lawful Consideration here refers to the value paid for an action done. Each party must bring something of value to the table that induces the other to enter into an agreement. Additionally, this value need not necessarily be in terms of currency. It can either be liquid cash, some other form of property, or a promise to perform an act. or refrain from an act.

For a contract to be valid the consent given by the parties must be free from coercion, undue influence, fraud, misrepresentation, or mistake.

The object of the contract and the terms and conditions agreed upon must be lawful and should not be fraudulent, illegal, immoral, or against the public policy. Further, must not imply injury to the person.

The agreement should not be one of those which has been declared expressly void.

The terms and conditions of an agreement must be clear and certain for it to be a valid bilateral contract.

Say, Mr. Praveen wants to buy a house in Mumbai. Ms. Pooja quotes ₹ 50,00,000 for a property in Mumbai. Mr. Praveen agrees to buy the house for the said price and Ms. Pooja agrees to deliver the title to the property upon payment. This contract will be in writing and signed by both parties. Such a contract is a Bilateral Contract where both parties are bound by their exchange of promises. Here, Mr. Praveen’s promise is to pay a lawful consideration for the house and Ms. Pooja’s promise is to deliver the title to the property.

A breach of contract happens if either party doesn’t follow through on their promise. In case, the aggrieved party wishes to enforce the contract in the court of law and sue the opposite party then he/she must establish the following in order to win the lawsuit.

A Contract Existed between the Parties – A valid contract is proof that an offer was made and the said offer was accepted and that each party to the contract is to receive something of value.

Breach of Terms – Breach here refers to the failure to perform the contract or satisfy any significant term of the contract.

The loss was Suffered –  The plaintiff must prove that there was a breach of contract that resulted in a loss. The loss can be monetary in nature or any other damages (E.g. Reputation, potential customers lost).

Difference Between a Unilateral and Bilateral Contract.

Mrs. Sengupta agrees to watch her neighbors, kids, on Monday and Tuesday and Mrs. Waghela agrees to watch Mrs. Sengupta’s kids on Wednesday and Thursday. In this case, the two moms have entered to a bilateral contract with both parties making counter-promises to each other. The reward here is getting quite afternoons 2-days a week.

Bilateral contracts play a very important role in our day-to-day lives because without it, our society couldn’t function as it does. They allow people to enter into agreements, legally. Additionally, they are not only binding but also legally enforceable. However, a Bilateral contract can be complex to negotiate but the laid down legislation surrounding contracts is pretty straightforward and fair. Before getting into a bilateral contract, be clear on each aspect of it to avoid unnecessary issues in the future. Therefore, it is important to know the basics of contract law as it would be a good insurance policy to protect all the parties involved.