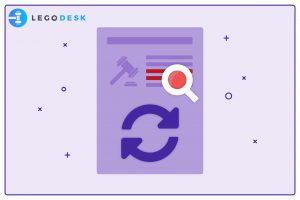 When a judgment is passed by a Court, the doctrine of functus officio applies to it. This Latin doctrine means that if the judgment in a case has been pronounced or an order has been made following due process of law, in such circumstances, the case cannot be reopened. The right to file a review petition is an exception to this doctrine. The word “review” means to examine again. A review petition is filed to re-examine the facts and evidence and pronounce a new judgment.

Section 114 of the Code of Civil Procedure gives a substantive right of review and Order XLVII provides the procedure for filing a review petition. Section 114 states that any aggrieved person may apply for a review of a judgment or order made by the Court, if:

Under Article 137 of the Constitution, subject to the provisions of any law and rules made under Article 145, the Supreme Court has the power to review any judgment pronounced or order made by it. This power is given to the Supreme Court to correct a “patent mistake” or “grave error” resulting in miscarriage of justice and not to fix minor mistakes of inconsequential results. According to Supreme Court Rules of 1966, a review petition is to be filed within 30 days of the pronouncement of judgment or order, in certain circumstances, this duration can be extended if the petitioner can prove the delay with justifiable reasons.  The review petition should be circulated, without oral arguments, to the same bench that delivered the judgment.

The Supreme Court has laid down three grounds for seeking a review of a verdict it has delivered:

The first ground for a review petition is the discovery of new and important matter or evidence, as provided under Order XLVII Rule 4 of CPC, which was not within the knowledge of the petitioner at that time when the decree was passed or could not be produced by him even after the exercise of due diligence. The petitioner needs to show that there was no negligence on his part. This new and important matter or evidence should fulfil two conditions:

In the case of Ramaswami Padayachi v. Shanmuga Padayachi, it was held by the Madras High Court that the person who wants a review should “at least prove strictly the diligence he claims to have exercised” and a review petition should not be filed to supplement or introduce the evidence which might have had some effect upon the result.

The third ground of a review petition is any other sufficient reason, but it has to be analogous to the other two grounds, as held in Chhajju Ram V. Neki. This ground is provided under Order XLVII Rule 1 of CPC. Some of the sufficient reasons are:

According to Order XLVII Rule 7 of CPC, an order rejecting the review application is non-appealable; however, an order granting review can be appealed before an appellate court.

Relief on the dismissal of Review Petition- Curative Petition:

If the review petition has been dismissed by the Court, then the aggrieved person is provided with a relief of Curative Petition. The concept of the curative petition was evolved in the case of Rupa Ashok Hurra v. Ashok Hurra. The SC, in this case, held that to prevent abuse of process and to cure miscarriage of justice, it may reconsider its judgments, and the term “curative” was devised for this purpose. If a review petition has been dismissed then the aggrieved person can file a curative petition on the grounds of abuse of process and miscarriage of justice.

Reference- Section 113 of CPC empowers subordinate courts to refer a question to the High Court and to seek its opinion on the same. A reference can only be made when there is reasonable doubt about a question of law or when the court thinks that the Act is ultra vires. The procedure of reference is laid down in Order XLVI Rule 1 of CPC, whereby certain conditions are needed to be fulfilled:

Revision- Section 115 of CPC empowers the High Courts to entertain revision in any case decided by a court subordinate to it. Certain conditions are needed to be fulfilled:

The review petition is a relief provided to the aggrieved party against the judgment pronounced or order made by the Court. However, the grounds on which such a petition can be accepted are very limited and stringent. And even if the review petition fails, aggrieved parties can still resort to the curative petition as the last relief against any judgment pronounced. Even in recent times, there are many judgments against which review petitions were filed, Ayodhya Verdict, Sabrimala Temple Verdict, and Nirbhaya Verdict to name a few. Where Sabrimala Temple Verdict is yet to be reviewed before a 9-judges bench, SC dismissed all review petitions regarding Ayodhya Verdict and Nirbhaya Verdict citing “no error” found on the face of the main judgment.

Hence, it can be said that even though a review petition is a relief provided to the aggrieved party as a substantive as well as procedural right, this relief must be sought on strict and well-established grounds to prevent any kind of delay and surge of cases in the Courts.

by Shambhavi Tripathi • 1 year ago